Viareggio owes its name to the Latin name Via Regis (literally: King’s Road), the name of a road that was built along the coast in the Middle Ages and still exists. The city was built in the 16th century and is the most famous seaside resort of the county of Lucca. Viareggio is the ideal holiday destination for everyone who likes sun, sea, beach, culture and historic backgrounds. Viareggio is well known for its architecture with art deco masterpieces. 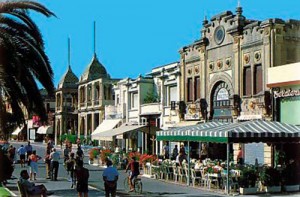 It is situated centrally in Tuscany and along the Mediterranean Sea. It is also situated between the Apuan Alps and the long and wide sandy beaches. Here you find the best restaurants, history and culture. The vivid nightlife with the famous “Versillian” discos also make sure that Viareggio is the favourite holiday destination for a lot of people. 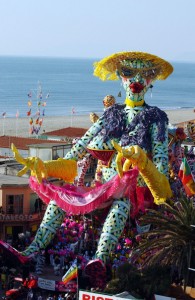 The marina ,where luxury yachts are built for rich people from all over the world, is certainly worth a visit. In 1601 Viareggio was declared a “free harbour” and soon after that it became the metropolis of the coast.

The promenade of Viareggio is very attractive. It is situated right next to the beach, there are waving palm trees and there are a lot of shops, markets, affordable restaurants and food stalls.

The climate in Viareggio is very mild. There is a lot of sun from April till October so you can be outside and enjoy the weather.

Camping site “Paradiso” , where the mobile homes are situated, is only 2 km from Viareggio, the beautiful historic city where you can stroll, take long walks through the Alps, lounge about on the beach, go shopping, enjoy the nightlife or take in culture and history. Italy has it all.

Viareggio is close to cities and touristic places in Italy like Pisa (you will be at the tower of Pisa within 30 minutes!), Lucca, Sienna and Florence. The picturesque villages like San Gimignano and Vinci (Leonardo da Vinci) are within easy reach.

The Carnival of Viareggio
Viareggio with its elegant beach resort, high level and fashionable clubs, is a well known destination for a lot of tourists. It is a centre of entertainment, the city of carnival, which is always held in January/February (before Easter) and carried the name of Burlamacco.